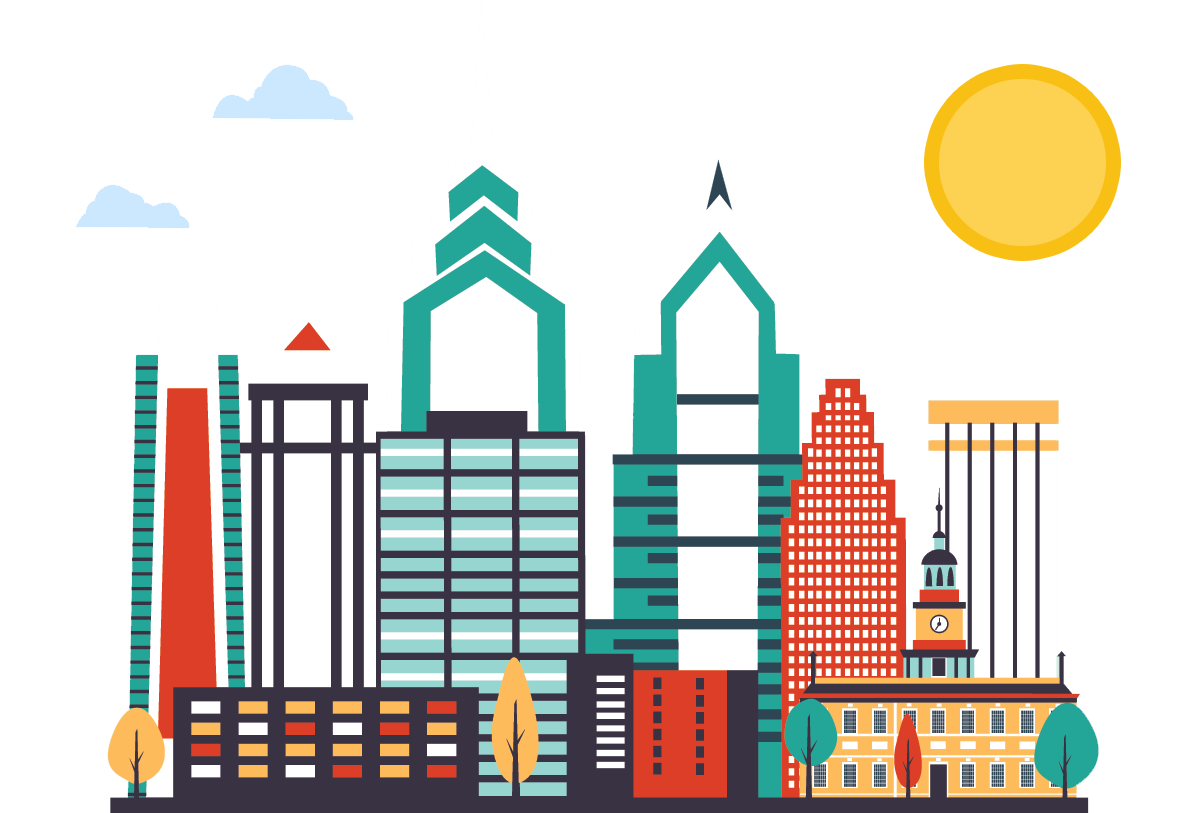 One of America’s oldest cities, Philadelphia is known by many nicknames, including Philly, City of Brotherly Love, Cradle of Liberty, and Birthplace of America. Home to the largest municipal building in the nation, the city is long known to be where the Declaration of Independence was signed, and where our nation’s founding fathers wrote the Constitution.

From the nation’s first library to its first daily newspaper to its first stock exchange, this city is so steeped in history that it’s actually hard to find any information on Philadelphia that isn’t related to American history. (History buffs love this city!)

Some American firsts are less impressive, such as the first piano built in the US, but others are pretty major. The nation’s first hospital was founded in Philadelphia, as were the first children’s hospital and first cancer treatment hospital in America. In fact, one in every six American doctors receives medical training in Philadelphia.

There are a couple Philadelphia legends that worthy of note. While legend has it Philadelphia native Betsy Ross sewed the first American flag, there isn’t actually any proof that she did. The famous Philly Cheesesteak, however, did come from Philadelphia. But it didn’t originally come with cheese! Cheese was added to the sandwich over a decade after it was first introduced at Pat’s King of Steaks in South Philly.

buy local, and nonprofit near home, with fair food philly
In this podcast, we take on a new side of local with guest Sara Elisa Miller, the development director of Fair Food Philly. Fair Food Philly is an organization in Philadelphia that promotes local food purchases among local restaurant owners.