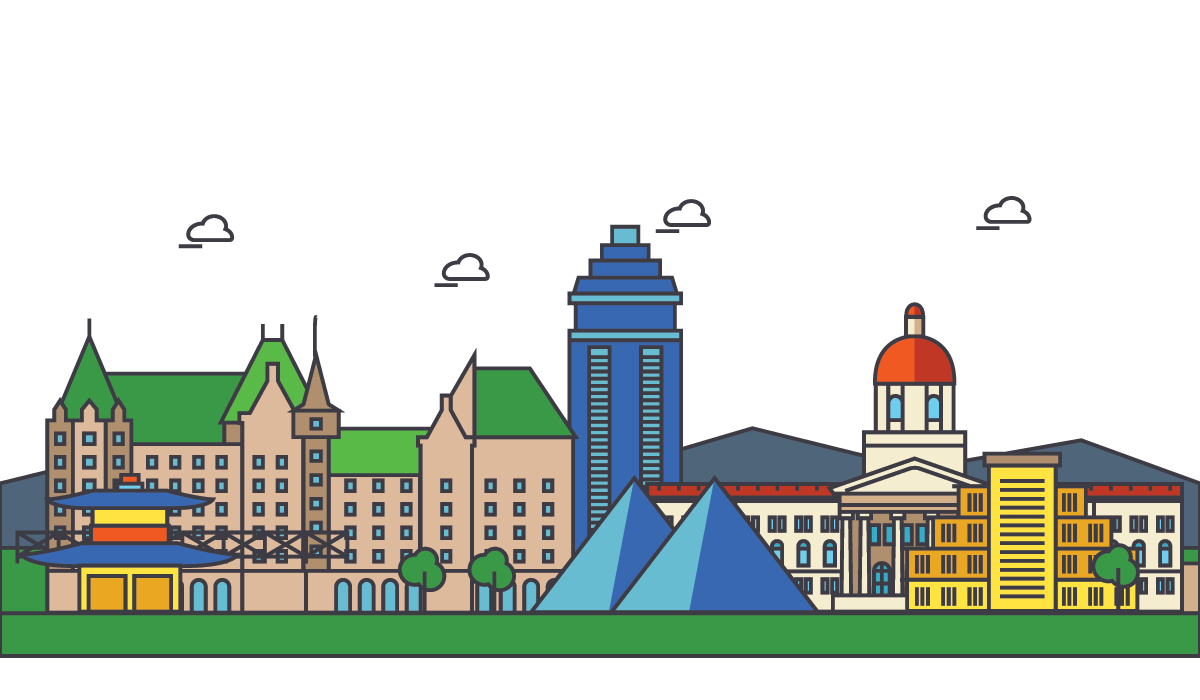 Edmonton is known as Canada’s “Festival City,” and we’ve found this nickname to be spot on. From skating festivals to Foam 5Ks, a Festival of Trees, Flamenco Festival, and annual Pride Fest, hardly an Edmonton weekend goes by without a way to celebrate. It’s also the most northern city with more than 1 million people. Coincidence? Probably not. We’d want to party for a few months after a long winter too.

In addition to the largest mall in North America – featuring an indoor water park – Edmonton is home to the Urkanian Cultural Heritage Village, an outdoor museum that works to recreate pioneer-day Alberta, and a Railway Museum which also celebrates the area’s earlier days.

Situated along the North Saskatchewan River, Edmonton is a conglomeration of a series of smaller cities and towns, that were enveloped into the main metro area throughout the early-mid 20th Century. Residents have plenty of diverse neighborhoods to choose from, including a Downtown Arts District and Edmonton’s French Quarters. Locals are served by many nonprofits as well; more than 1500 operate in Edmonton.

Photo by wherezjeff on flickr.com.